With Trump In Change Our Home Loan Interest Rates Could Increase

With Trump In Charge Our Home Loan Interest Rates Could Increase 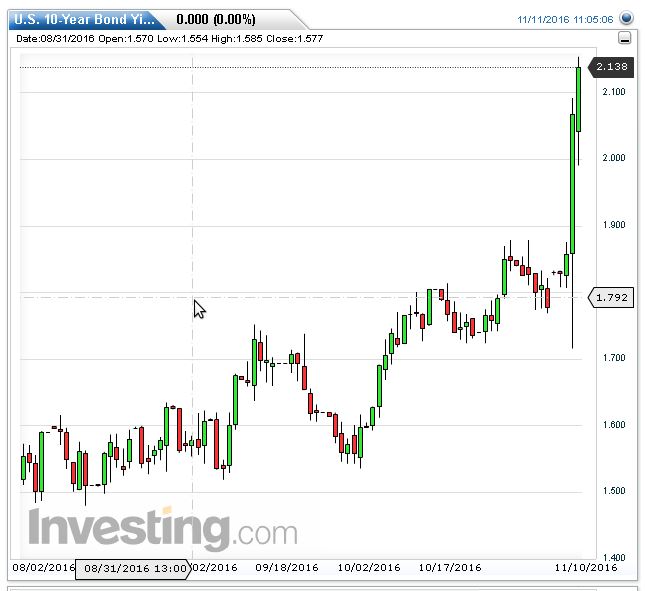 The local financial markets are waiting to see what will happen with our home loan interest rates.

Of course on Thursday 10th November our Reserve Bank reduced the Official Cash Rate, but more importantly on Wednesday 9th November we saw Trump be elected as the next president of the USA.

Why Trump Could Cause Home Loan Interest Rates To Increase

That’s because bond investors fear Trump would carry out his election promises to slash corporate and income taxes while massively increasing Government spending on infrastructure.That combination is believed by many to be a recipe for US budget deficit blowouts which is likely to cause both inflation and interest rates in the USA to increase.

Trump has also suggested he would renegotiate US Treasury debt, just as he renegotiated the junk bonds on his casino.

Bernard Hickey, economics columnist for the NZ Herald says that would trigger a financial Armageddon because US Treasury bonds form the foundation of the global financial markets and the global banking systems. Those treasury yields or interest rates also form the basis of mortgage rates globally as most of the larger banks raise money on the global markets.

Let’s have a look at the 10-year bond yields.

As this graph clearly shows there has been a massive spike in US bond yields.

We do not know if this is a “spike” or a permanent change; however this will be a concern to the banks that are sourcing wholesale funds on the world market as it will mean they will need to pay more for the money, which in turn means they will want to lift the home loan interest rates here.

Should I Refix My Home Loan Now?

As mortgage brokers we are getting a lot of enquiry with people asking “should I refix my home loan now?“

We need to also remember that our home loan interest rates are very low compared to what they traditionally have been. If you search the internet and listen to the economists there are very few who will make predictions; however most are indicating that we could see some changes and the real risk is interest rates could increase.

This is a great time to get together with your mortgage adviser and review your strategy.

The post With Trump In Charge Our Home Loan Interest Rates Could Increase appeared first on The Mortgage Supply Company.