New Zealand Is Quite A Small Country … But How Small? 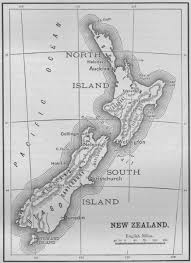 As you may know New Zealand is quite a small country.

The country is known as Aotearoa or the Land of the Long White Cloud and is nearly 270,000 sq km’s.

This means we are a bit larger than the United Kingdom (243,610 sq km) and a bit smaller than Japan which is about 377,915 sq km. The real difference comes when we talk about population  – there are 4.5 million people living in New Zealand which compares with 64 million in the United Kingdom and 127 million in Japan.

As you would imagine, there are lots of areas where very few people live.

My name is Stuart Wills and I am based in Auckland which is the biggest city with about 1.4 million people or about a third of the population.

New Zealand is listed on Worldatlas.com as the 7th largest island country in the world and while the South Island is the largest landmass of New Zealand, it is the North Island that claims 4th spot in the largest volcanic islands. The South Island does take 9th position in the rank of the highest island at 3,764 meters.

While New Zealand is known for its two mainland islands (the North Island and the South Island) there are hundreds more islands off the coast of New Zealand. Te Ara (The Enclopedia of New Zealand) explains that the mainland is flanked by more than 600 smaller islands which lie within about 50 kilometres of the coast but there are also more distant groups, officially called offshore islands – the Kermadecs, the Chathams and the sub-antarctic islands. In the Bay of Islands alone there are 150 islands.

The backpackers guide suggest 10 islands that everyone should visit and while I have not visited them all myself, reading the articles makes me think I should add those to my bucket list – a couple were already on the list being Stewart Island and Great Barrier Island.