Skip to content
About Finance My Blog
Stuart Wills
No Comments

Ask many economists and they will be very careful not to make any predictions on home loan interest rates for 2018 or for any time in the future for that matter.

The reason that “so called experts” refrain from making predictions is because in recent years they have been wrong more than they have been correct.

So why would a mortgage adviser like me (Stuart Wills) stick my neck out and make predictions on home loan interest rates?

Because in my role as a leading New Zealand mortgage adviser he is asked to help people decide on loan structures and how long to fix their mortgages for.

Some Predictions On Interest Rates

In the ASB Bank February Quarterly Economic Forecast they say that the Reserve Bank has left the Official Cash Rate (OCR) on hold at 1.75% since November 2016 which reflects the ongoing benign inflation environment. And so with inflation yet to pick up materially the economists at the ASB Bank believe that the Reserve Bank will leave to OCR on hold until the second half of 2019.

Then you have ANZ’s former chief economist Cameron Bagrie who is quoted on the Good Returns website saying “”statistically, we are about due for an economic downturn as bad economic times tend to happen every 10 years towards the end of a decade”and you could therefore assume that countries will lower interest rates as this is what they do in tough economic times.

These economic experts are saying that really they do not see too much change in home loan interest rates over the year; however they don’t actually have a definite view as there are so many variables.

They all have used a lot of historic data to come to their conclusions – but are they right? 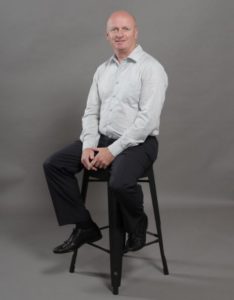 My Predictions On This Years Interest Rates

Firstly I will say I am no economist so my predictions are based on what I think could happen and I have wrapped some logic around this for you, but ultimately I will say (as I do to all my clients) that you need to make a decision that you are comfortable with and generally it should be about managing the risk of increasing home loan rates rather than being solely focused on getting today’s lowest home loan interest rate.

Here we go … I predict that we will see home loan interest rates increase by about 0.25% later in the year.

Now here is the WHY… and there are fundamentally two factors that I believe will drive interest rates slightly higher.

Salary Increases – late in 2017 we had a change of Government and now have a Labour led team calling the shots and in behind the Labour Party are the Unions. For quite a number of years we have heard that wages and salaries in New Zealand are too low and most Kiwis believe this, but the state of the economy has not allowed anyone to make meaningful increases. Now with Labour leading the country we are hearing a lot more noise in the media about how public sector workers (ie: Police, Nurses, Teachers…) are under-paid and it’s only a matter of time before the Unions that represent these employees will be demanding increases – and not small increases either.

There are some large risks that need to be considered with any significant wage and salary increases;

World Economies – it is easy to look at the local New Zealand economy and think that we are okay; however much of the money that we borrow for home loans in New Zealand is sourced offshore and therefore the cost of that borrowing is linked to the international markets, and predominantly the US 10-year bond market. Having our mortgage interest rates linked to an economy like the USA has typically not been an issue but when we are considering what might happen to home loan interest rates here in New Zealand there are a couple of things that we now should consider;

Of course these are only a sample of factors that can affect the home loan interest rates in New Zealand, but I  do think they are real and significant and ultimately could be the reason that we see interest rates increase a bit this year.

I’m not expecting a dramatic increase in the interest rates, but a modest 0.25% might be a reasonable expectation.

The fact is most home owners who have mortgages want the lowest interest rates that they can get.

We can listen to the experts and base our decisions on what they say, or we could try and take on board some advise and make our own decisions.

If you really think about interest rates we can live with a good interest rate and it doesn’t really have to be the best interest rate. The difference of 0.25% on a $400,000 mortgage is $1,000 per year or about $20 per week, so while we would love to save that amount it will very rarely make the difference of us selling or keeping our home. But if we were hit with an increase of 2.50% then things could be quite different. An increase of 2.50% on a home loan of $400,000 adds an extra $10,000 per year to the interest cost and that is close to a whopping $200 per week!

As a mortgage adviser I will be working with people that have never had a home loan before, and one of the things we emphasis is the long-term nature of these loans and therefore the need for a robust mortgage strategy – a structured home loan

The strategy that we use will minimise the risk associated with interest rate increases and at the same time help you pay your mortgage off faster.

A well structured home loan is really more important that watching the interest rates go up and down.