Average is not enough.

We had an interesting conversation today with our 12-year old about trying hard and doing homework.

The fact is our son is capable of doing well at school, but like all boys (including myself) he would rather do sports than school work so I can understand that. Also like myself, our son enjoys to do things and have experiences that many people might consider take a lot of effort or more money that they find acceptable.

What Does Being Average Mean?

I used being average as a reason to try harder.

In life and especially in my role as a mortgage broker I see many people that want more out of life – they want to be able to own their own home or a better home on a larger section or in a better school zone.

When I explained “being average” to my son I was doing it in the hope that he would strive hard to be above average.

Do you want to drive an average car?

Do you want to live in a average home?

Of course in many cases the average car or home is okay, but having the choice to have above average cars and homes is definitely preferable! 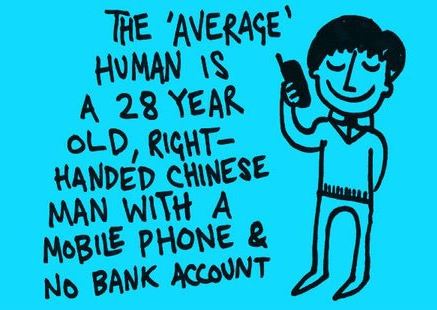 The Media Say Average Is Okay

Is being average okay, or is average not enough?

If we pick up a newspaper or turn on the the computer it is hard to miss articles written where the claims are that people cannot afford to buy homes in this over-inflated housing market. The problem is that people expect to be able to buy a “nice” home on an average income, and unfortunately that is not really possible now and it probably hasn’t really been possible for a long time.

In most countries around the world home ownership is something that people really have to work for and realistically people should have to work for it too. Owning a home should not be a “right” and people need to learn how to work hard and save hard if they really want to own their own home.

When I purchased my first home it was hard and that was a while ago.

In Schools It’s All About Conforming & Average

When I went to school a “pass rate’ was 50% which meant that anyone who was above the 50% mark was deemed above average. In today’s schools it appears that there is more of a focus on participation than achievement and people think that the the concept of ‘tests’ and ‘results mean some students will fail and that might not be good for them.

I get annoyed when I hear people saying that participation is the key.

What is the point of participating in something if there is no goal?

Our kids have done a little bit of sailing and at the club they say one yacht can go out for a sail, but when there are two yachts its a race. The same can be said about almost any sport – what is the point ion playing tennis if nobody keeps score, or a Formula One race when there is no benefit in winning…

Because of the competitive nature of Formula One we now have so many safety features on our road cars that were created by teams that wanted to win – they probably would never exist if that was not the case. The same could be said within the medical field and the numerous things that were invented during war times in the effort to win.

Schools and teachers have a huge challenge in getting children to push themselves to succeed, but firstly I believe that teachers need to get their own union to accept that teachers are not all to be treated the same – good teachers should be acknowledged and rewarded more than average teachers just like happens in the “real world” for all the other professions that their students will enter into when they leave school or university.

Just Average Is Not Enough

In our home we try to talk about reality and that means trying hard and achieving.

I emphasis the notion of “trying” rather than succeeding. We should strive for excellence in everything we do and by having this attitude maybe we will really succeed with some things and that will make a real difference in our lives.

I know that not everyone is going to succeed in everything they try, bit there is no excuse for not trying. We would rather see our kids trying hard and failing than not even giving something a go.

We do not want our kids to have an average attitude, but we do accept that they may be average in many other ways and that is okay.

In so many ways just average is not enough.

Does Your Mortgage Strategy Protect Against Higher Home Loan Rates?

It’s Time You Learn About Crypto And Earn