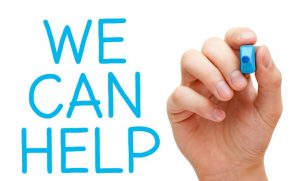 Before the election last year and even after they took power our new Labour led Government promised help for first home buyers, but 6-months on how are they doing?

We all know that it is easy to make promises, especially when we believe that we will never have to honour them.

Before the election last year that is probably exactly what the Labour Party believed – they could be critical of the Government of the day, and promise to do better to offer help for first home buyers but they probably never through that they would have to come through and honour those promises. In reality they probably never thought they would be able to form a Government until Winston Peters held the balance of power, and then it was a matter of doing a deal to take power, and that is what they did

What they actually promised will probably never be fully clear, but we do know that Labour made promises to NZ First (to Winston Peters) that the National Party were not prepared to

One Promise Was To Offer Help For First Home Buyers

Of course we should all know that housing affordability is not an easy thing to fix, but obviously many people believed what they heard;

Now, just a few months into the new Governments 3-year term we start hearing that the promised help for first home buyers is unlikely to be honoured.

What has Gone Wrong For First Home Buyers?

If people took the time to understand the factors causing the housing crisis that has made it unaffordable for first home buyers they would have known prior to the election that there was no simple fix. As mortgage brokers in Auckland we have always said that housing should be an issue that all political parties should be able to work on together and by doing so could come up with an overall plan that can help first home buyers.

While we can agree that offshore buyers do but houses and that there need to be more houses built, there are more issues that could help for first home buyers.

Unrealistic claims like what we are seeing with the KiwiBuild programme are not really going to help anyone and especially if they are going to build small apartments unsuited to families which the banks will not lend money on.

Yes, we need more houses built to satisfy demand but we want houses that are suitable for Kiwis to live in and houses that banks are willing to provide mortgage finance on.

Yes, we need affordable houses – but what is affordable?

Buying your first home is not easy – it never has been and probably never will be very easy, but we would all like to ensure that young Kiwis can buy a home for their families.

But what does the media mean when they talk about houses being affordable?

House prices are determined by supply and demand; hence to reduce values you need to increase the supply or lower demand and both are hard to do unless the economy collapses.

But a good economy can help people get higher incomes and that will help first home buyers. unless the Government increases taxes and therefore removes any benefit of earning more.

Creating an environment where more land is made available for the building new houses then the building companies are helped will help too, but they need to be building new homes that people want to live in – not shoe-boxes that could easily end up as slums.

Then there are the banks – banks need to be comfortable to make low deposit home loans available for first home buyers. They are going to assess mortgage applications based on the people and the property, so they want to see that the people have the incomes to afford the repayments plus have a property that is in demand and therefore will hold its value.

How Are The Government Doing?

If you have been waiting for help you would not be too happy and given the progress so far it will be unlikely that there will be much improvement anytime soon.

It appears that they have underestimated the enormity of the issues.

KiwiBuild may help if it can get started, but most economists expect that it will take at least 4-years and a lot of extra money before we see any results. There is an expectation that incomes will rise especially within the public sector, but the new taxes being introduced could erode any increases.

Our advice for first home buyers is do not wait for any Government to “fix the housing problem” and instead make an effort yourself.

Any further help for first home buyers might be some time away yet.