As a New Zealand mortgage broker working in Auckland since 1997 I have spoken to a lot of people that are buying a first home or trying to buy a home, and in all of those years it has never been easy.

Buying my first home 25-years ago was hard and every day we talk to first home buyers that are finding it difficult to buy their first home too.

Buying a first home is a big step to take and in many ways it shouldn’t be too easy.

It was about 25-years ago (April 1990) when I purchased my first home and I thought I would share that experience.

It was a 3-bedroom weatherboard house with a single bathroom and open plan living area. when I purchased my first home I was in my early 20’s and had very little money so while I did some work on renovating the property it was a struggle.

I remember buying a new oven which cost me about $2,500. I had saved for months and it really stretched the finances, but I was very pleased with the new purchase and I did a very small kitchen renovation at the same time which did improve the kitchen both making it easier to work in and gave it a more modern look too. About 2-weeks after this major outlay the hot water cylinder failed and that was very stressful with me having to put the cost of a new hot water cylinder onto my credit card.

Over the 5-years I owned this house I did repaint the house, re-do the area around the spa pool, extended the decks and outdoor bbq area, fenced the back yard and did quite a bit of planting.

In hindsight I was stupid to sell the house.

At the time I thought I was quite smart – selling the house for a $30,000 profit. Okay, that was 20-years ago and I sold the house to invest in my business which made sense at the time. I recently asked a West Auckland property valuer what she thought the house might be worth today and she thinks it would be worth over $700,000.

Maybe I should have tried to keep he house and even if I rented it out I would be a lot better off today.

But I didn’t know these things back then…

My First Experience With A Mortgage

In 1990 the interest rates were quite different to what they are today and the banks were also limited in what they could offer.

I did not have a huge deposit and financed the purchase with a 1st mortgage and a 2nd mortgage;

There was no Government help available to me at the time either – no KiwiSaver withdrawals, no HomeStart Grants or Welcome Home Loans.

When I look at this today it seems quite cheap, but 25-years ago incomes were a lot different to what they are today. 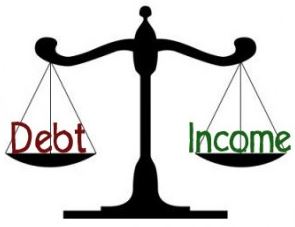 How Was This Relative To Income

I was single in those days and my income was $27,500pa which was slightly below the National average of $29,848pa.

Obviously I could not afford the mortgage repayments and therefore I had 4 x flatmates which each paid me $100 per week and this gave me an extra $20,800pa to help fund my mortgage and allow me some money to live on.

The reality was I had to have those flatmates as on my own I could not afford to pay the mortgage repayments.

Recently there has been talk in New Zealand about the introduction of a Debt to Income Ratio and already there is the Responsible Lending Code. If these were in place back when I purchased my first home then I probably would not have got the finance needed.

Has Affordability Got Worse?

There has been plenty in the media about the Auckland property values and how home ownership has become beyond the realms of affordability for many. Of course we cannot argue that the house prices have risen and in Auckland the prices people are paying does seem expensive, but at the same time we are seeing record low home loan interest rates.

Today we may complain about affordability, but there are a few factors to consider;

House Prices – yes, they are more expensive today than ever before but first home buyers could start with an apartment or a house in the outer areas of Auckland. We sometimes need to make compromises and hope that in the future we can trade up to a home that we would really love.

Incomes – the average salaries in New Zealand are higher now than they were a few years ago, and for many people the increases have been significant with those in the public sector tending to earn more than those in the private sector.

As a mortgage broker I often see people’s loan applications where people have what we once would have deemed luxuries and this has often been financed on credit – credit cards, store cards and hire purchase debt.

When I purchased my first home I did not own an expensive car or a big screen television. Today both cars and televisions tend to be cheaper and yet young people think of these as necessities rather than luxuries.

It is true that houses are more expensive, but I do think that sometimes people forget that buying a first home is and always has been hard.

Does Your Mortgage Strategy Protect Against Higher Home Loan Rates?

It’s Time You Learn About Crypto And Earn